USS Chemeti NCC-64590 is an New Orleans class starship, she is relitivly brand new, having just finished her shakedown cruise and having recveved her perminant Captain. Her assignment was to explore

The New Orleans Class was introduced as a counterpart to the large Nebula and Galaxy Class starships. The intention was to produce a frigate that was incorporating the technology advances being deployed on these two starships. The New Orleans would also have nearly equal speed to facilitate fleet operations.


Unfortunately, like with the other members of the Galaxy family of starship designs, this project did not go smoothly. The New Orleans class suffered from a series of delays throughout its design and construction process. Warp coil manufacture, computer systems, and hull plating hampered the New Orleans. While additional problems were experienced with the power transfer system and the Structural Integrity Field. Initially ordered in 2347, by mid-2362 the prototype was still not considered spaceworthy and the entire project was threatened with cancellation. Nevertheless, Starfleet placed a great deal of importance on the New Orleans Class and managed to overcome the opposition. The USS New Orleans made her maiden flight in 2363 and was formally commissioned in 2364. After a cautious series of tests, Starfleet proceeded with series production at a moderate pace.


One unique feature of the New Orleans class is the torpedo arrangement. The ship carries a heavy armament of four torpedo tubes of the most modern type available. When this requirement was issued the design team expressed concerns that the tubes would take up far too much internal volume, necessitating a near 20% reduction in the science capacity of the ship. A reduction to one tube was requested, but Starfleet command rejected the idea. After much consideration, the design team finally decided to mount two of the torpedo tubes in 'bolt-on' modules; each module would contain the tube, loading and firing mechanism, supporting power and computer systems, and a magazine of thirty photon torpedoes. The antimatter warhead material is tapped off from the fuel supply as normal and transferred to the pod immediately prior to firing. Computer simulations indicated that the skeleton structure of the engineering was not sufficient to support a third torpedo pod, so the lower engineering hull was re-designed to include a prominent projection on the underside which provided the extra volume required to house the torpedo tube and loading system - the magazine being housed within the engineering hull proper. The forth tube is internal, mounted forward, in the 'neck' of the ship between the saucer section and engineering section, as in many classes of starships.


This ingenious concept not only allowed four torpedo tubes to be housed within the design but also permitted a nearly 25% increase in the volume available for other applications within the hull. This has allowed most of the major systems to be upgraded; the shield grid of the New Orleans Class is one of the most powerful ever installed in a ship of this size. Her maneuverability is also quite impressive, although some vessels have experienced problems with hull stress around the connecting points for the three external torpedo pods. The sensor and computer systems of the New Orleans represent a significant increase in capacity over previous designs. 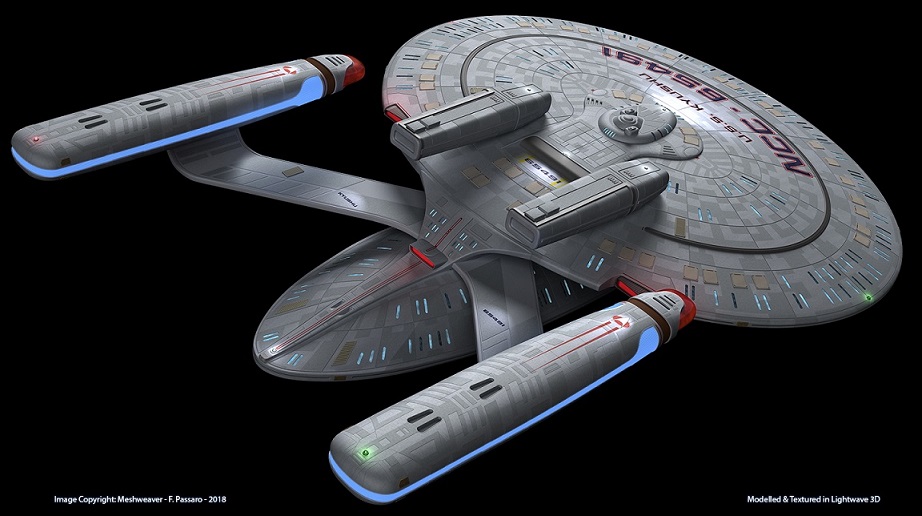 The New Orleans Design and Construction history is as follows


2347: Starfleet issues a general design brief for a multi-purpose vessel capable of deep space exploration and combat. The general idea is for a modular starship. Permission for base designs are approved on the New Orleans Class.


2349: Starfleet views the theoretical proposals for the New Orleans. After much deliberation, the New Orleans' primary design is approved and briefs for the propulsion, computer, weapons and spaceframe parameters are sent to Starfleet design agencies for consultation. Agencies take the Ambassador Class as a 'template' redesign of the engineering section, nacelles, nacelle pylons proceed. Slight modification of saucer section included in final design.


2353: Redesign of the weapons systems begins. Three of the four torpedo launchers designed to be mounted in secure weapons cache on ships hull rather then internally, saving between 20% and 25% of internal volume. Design work on Warp Coils are approved. The stardrive section begins construction. Saucer section nears 45% completion.


2357: By the end of the year computer cores are activated and ship functions begin to be transferred from station control to ship control.


2360: Computer system now operating at 92% of maximum. System expected to become self aware within two months. Final construction of ship complete. Antimatter regulation control is found to be within acceptable levels. 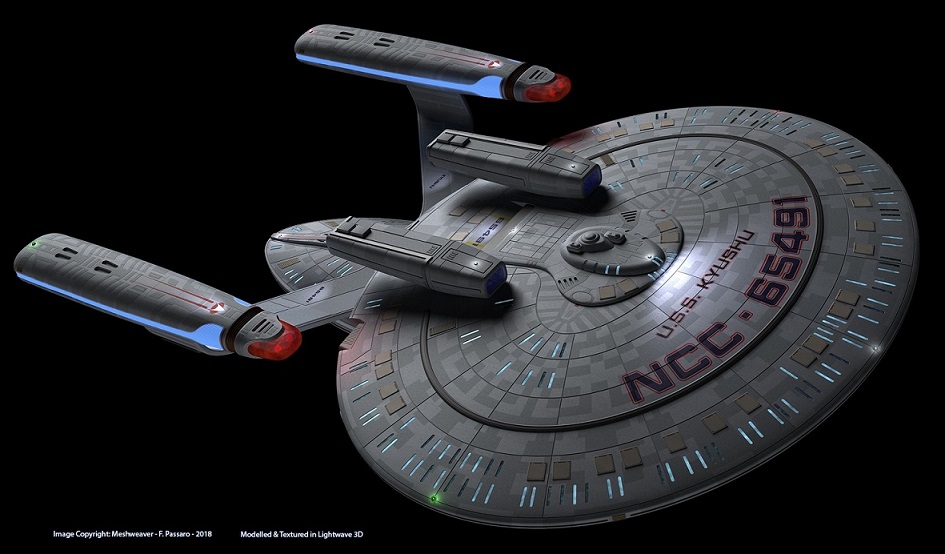